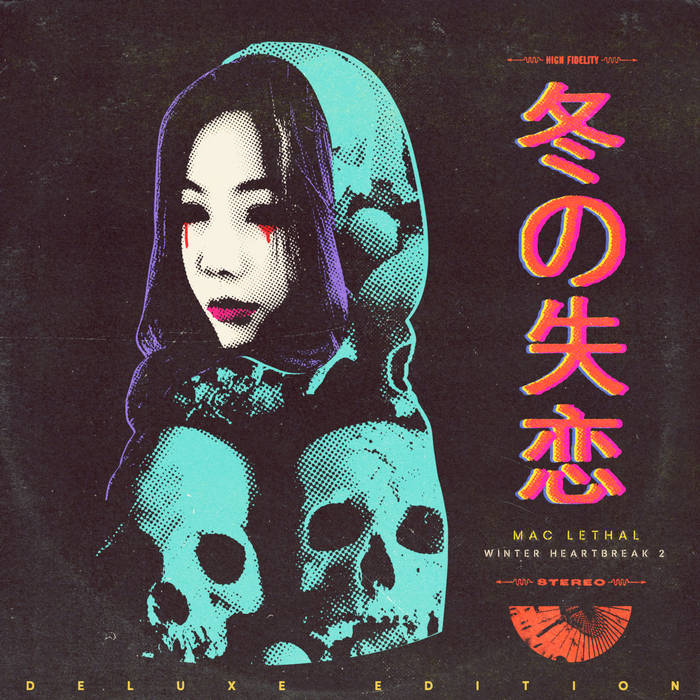 clarkkc11 6 songs in... first time listening to this album... couldn't relate more. this album is dark and deep. it's been a long hard year...
Hope you are well Mac. been a fan since NK BBQ... I think that was my first Bandcamp purchase. love brotha from nys

Jbozer34 I'm sorry for all your real life pain that brought this emotional challenging project to life but happy it seems to been the therapy you needed, salute to you Mac! your original 11:11 aged barrel series album along with love potion collection and North Korean BBQ helped me with heartbreak and grief over lost of my best friends at age 16 so thank you keep killin it...you got me into writing raps and poems and it's the most therapeutic thing for me along with my 2 daugters, no doubt! Favorite track: Japanese Sunset.

This is the Deluxe Edition of my new album Winter Heartbreak II. This version of the album has 8 additional tracks on it. 3 songs that were mixed, and mastered, but ultimately cut from the album. 2 demo songs that were never finished, but are worth hearing. An accapella recorded to a click track, that I'd love to hear remixed by any awesome producers. And a 2 part, 50 minute podcast about the creation of the album. Over 2 and a half hours of music & content for the price of $20.

I'm asking for $20 for this, but if this album affected you and you wish to tip more, that money is greatly appreciated and will be used to fund videos and new merch ideas.

Now... I'd like to offer you a backstory on the significance of this album, because it's the most vulnerable and personal piece of music I've ever crafted.

Last year during winter time, I experienced a truly excruciating era of my life. I slipped and fell into an ocean of pain, sadness, depression, and grief, and nearly drowned in it. A consistent series of heartbreaking moments pushed me to the brink of complete hopelessness. From the inside-out, I was totally devastated.

My family life collapsed, my marriage collapsed, my father fell gravely ill, a friend was murdered, a couple other friends died out of nowhere, the entire country shut down. I spent days, weeks, months..., laying on the floor of my basement, crying. Crying until I was parched. I'd never been pushed to such an emotionally devastated state of being, in my life.

On a whim, I decided to pack a suitcase, drive to the airport, and fly to Kyoto, Japan. I didn't even know where I was going until I got to the airport. I ended up living in The Junei Hotel for almost 5 months, and recorded this entire album from scratch to document the experience. I took stripped down guitar and piano loops, and wrote over them until every ounce of pain left my body.

This album saved my life. So I hope, that maybe, it can help you in some way.

If you're reading this, you haven't found this album, this album has found you.